Can he love the one he’s with? 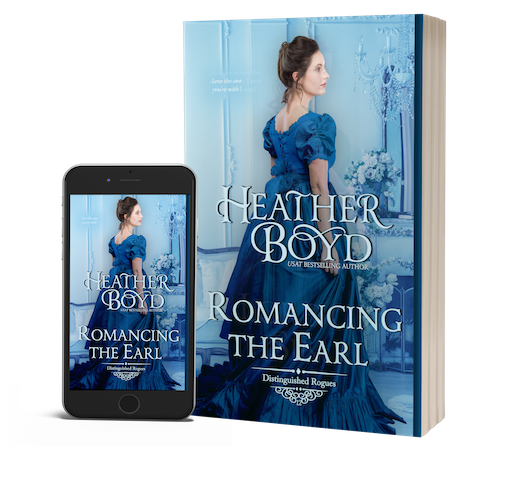 Companion Lenore Griffin is in dire straits when a letter from a dear friend arrives, offering a new position. Relieved at her good fortune, Lenore packs up herself and her beloved dog, Hero, and makes haste for London. Upon arrival, however, not only does she find her old friend in a shocking state of dishabille, but she’s somehow mistaken his offer. He has not written requesting a companion for his new wife. He’s written to request Lenore become his companion…for the rest of their lives.

Price Wagstaff, Earl of Carmichael, must have been deeper in his cups than usual when he wrote that correspondence. He doesn’t remember a blasted word of it. Still, it is a disaster of his own making, and so he will do his duty by Lenore. He quickly decides his old childhood friend will make a sensible wife and an agreeable mother to his heirs. He can give her safety, protection and comfort. A marriage of convenience. Lenore need never know that Price’s heart can never be won.

Despite their intentions to live separate lives, the pair can’t avoid the closeness that intimacy provides, and soon, Price no longer wishes to. Is it possible that he may find love a second time? Perhaps…if his secrets don’t kill their chance at happiness.

<em>Romancing the Earl is the 12th steamy regency historical romance novel in the Distinguished Rogues series but can be read as a stand-alone.</em>