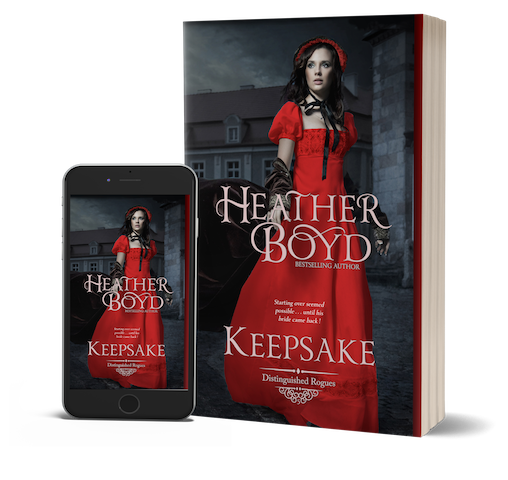 Falling in love was easy. Keeping trust, however, proves a challenge for the Distinguished Rogue in this fifth exciting installment to the series.

A BATTLE OF WILLS…

When the Marquess of Taverham married at eighteen, he was certain his life would be smooth and well ordered—right up till the moment his exuberant bride ran away on their wedding night, never to be seen again. Ten years later, when Kit is finally prepared to set his rash marriage aside by having his wife declared dead, she makes a shocking return, still beautiful but distrustful, and once more throws his life off-balance by refusing to live with him and resume their marriage.

…A WAR OF PASSION

Despite some lingering attraction, Miranda Reed has no love left for the heartless rogue she married. Older and wiser, she refuses to be a convenient wife for a man who expects everything to be his way with no care for her feelings. Keeping her husband at arm’s length is essential; her secrets will bring him to his knees. But in a battle of wills where hope and trust are both the prize and the casualty of war, the victor isn’t always the winner. Sometimes it takes an act of rebellion to recapture a fragile love.

Keepsake is the fifth steamy regency historical romance novel in Distinguished Rogues series but can be read as a stand-alone.