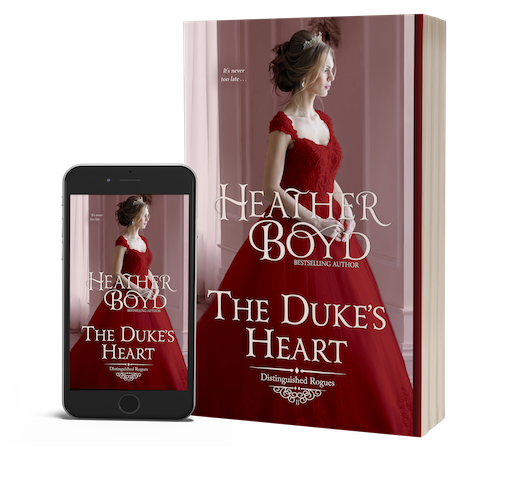 He’s looking for love…just not for himself!

The Duke of Exeter may have failed to marry, but he’s determined to find a bride for the cousin who will unwillingly inherit Sinclair’s title and his overwhelming responsibilities when he dies. With a pinch of artful planning, a hint of competition, and a healthy dose of romance, he’s sure that he’ll get his heir wed in no time at all. What he never expected was that his disagreement with an old friend would herald the return of the lady he lost long ago—and that her return to society could upset his budding matchmaking scheme.

Lady Catherine Forbes, Kitty to dear friends, is astonished that her brother’s disagreement with the powerful duke has gone so far and has had no choice but to return to London to take her stubborn family in hand. Meeting the duke again was no doubt inevitable, but being drawn to him so strongly is something that takes her by complete surprise. They were never meant to be, but old habits are hard to break. Are they too set in their ways to risk their hearts or will the needs of others separate them a second time?

The Duke’s Heart is the 11th steamy regency historical romance novel in Distinguished Rogues series but can be read as a stand-alone. #matureromance