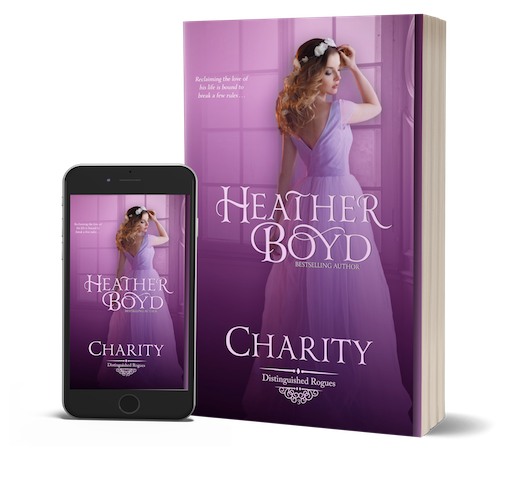 In the third instalment of the Distinguished Rogues series, a desperate rogue will break every rule to reclaim the love of his life before its too late.

Trapped into a betrothal he thought he wanted Oscar Ryall, Lord Carrington has thoroughly lost his way. Tormented by his past, he cannot forget the happiness he lost depended on the woman he wronged and lost. Finding peace seems impossible until fate throws him back into Agatha Birkenstock’s path.

Agatha was devastated by Oscar’s sudden betrothal and his offer of carte blanche broke her heart. When they are forced to work together to save her beloved orphanage from closure, she discovers an unlikely ally in him and also the source of his private pain. Seeking to help him escape the nightmares, she’s willing to put her pride aside if only Oscar breaks every rule to win back her heart.

Charity is the third steamy regency historical romance novel in Distinguished Rogues series but can be read as a stand-alone.