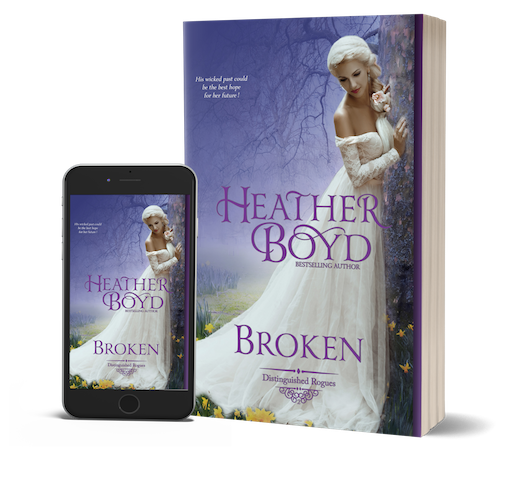 An unrepentant rogue discovers danger and unexpected passion when he finally meets the fragile lady he could have wed in this second Distinguished Rogues romance.

Unrepentant rogue Giles Wexham, Earl of Daventry, wrings pleasure from every moment and likes his carefree life exactly as it is. During his summer retreat to the country, he becomes reluctant host and nursemaid to his former betrothed, a woman he’d thought long dead, a woman Giles had mistaken for a ghost while he found pleasure in another woman’s arms.

Unbearable pain and laudanum have kept Lillian Winter apart from society since the accident that ruined her life. She’s endured six years of agony at the hands of incompetent practitioners, and longs for an end to her suffering. Finding herself in the Earl of Daventry’s care brings surprising relief from her injuries, and a glimpse into the life denied her. Yet as newfound pleasures lower Lilly’s resistance to the wicked earl, a long-forgotten danger returns to stalk her.

Broken is the second steamy regency historical romance novel in Distinguished Rogues series but can be read as a stand-alone.