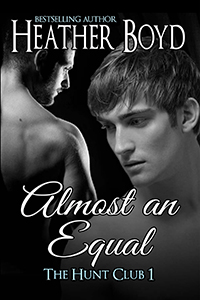 When the Duke of Byworth’s empty marriage is threatened by a fellow duke he is naturally aggrieved. Nathan cannot allow the potentially damaging contents of his wife’s diary to reveal the depths of their estrangement because exposure of his secret dalliances with other men would taint his innocent children’s lives. Not to mention end his life. So, without revealing his mission to his steward, Henry Stackpool, a man he trusts for everything else, Nathan undertakes to steal the diary back alone.

Former pickpocket and molly house whore, Henry Stackpool, works hard to keep his position as right hand to a moral man, the Duke of Byworth, but he fears his kind hearted employer is ill-equipped for a confrontation with his unstable opponent. Yet Henry cannot reveal his knowledge of the threat without exposing the secrets of his past or his keen interest in Byworth’s safety. So when fate places Henry in harms way, he risks his hard won reputation to retrieve the diary. Yet he too is held captive, and when Byworth comes to his rescue his lies are revealed.

Can Byworth forgive him for his deception and will Henry keep the country life he’s grown to love?

Available in print and digital editions.