Happy Mother’s Day!! And welcome back for my fourth snippet from The Wedding Affair. My last snippet brought my two characters together. This new excerpt, skips ahead a bit. Sally and Felix have just had a blazing row in the garden which didn’t resolve anything at all for either character. Felix, disappointed now, has now returned to the dining room where the gentlemen are still drinking port and smoking cigars. The very first words I scrawled down for this story in the planning phase was ‘The Duke of Rutherford was a menace.’ and he is not above telling Felix what he needs in his life. Enjoy!

He was surprised the duke had married for love and made mention of it. Most lords did not speak kindly of their wives, or so he had noticed. “I feel I should already know the answer to this, but were you ever in the service?”

“No, an older brother of mine was a lieutenant, but he died at twenty when the ship ran afoul of a reef, and I became the heir. I had already been married a few years by then, and if not for Mary’s steadfast love, I would have been miserable as head of the family when I inherited from my father a few years later.”

He was surprised by the duke’s candor yet again. Felix had always imagined Rutherford had been born a duke. That made him a little less intimidating in Felix’s eyes.

“Love is the one thing that can make a long and demanding life worthwhile,” the duke continued. “Do not plan to live without it, Captain, or you will suffer the consequences.”

That was the fourth snippet from my upcoming release, The Wedding Affair. More to come next week.

The Wedding Affair is available to pre-order with the book release May 24th, 2016. 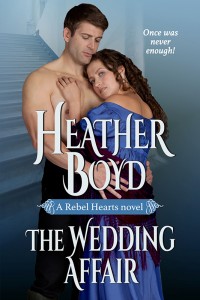 The life she wants is the love he lost.

Coming face-to-face before her wedding with the scoundrel who broke her heart and destroyed her trust could not be more awkward or ill timed for Sally Ford. When she agreed to give her hand and fortune to London’s most eligible earl, she did so believing she would learn to love him after they tied the knot. Her betrothed has no idea she was engaged to Captain Felix Hastings six years ago, or that she gave her innocence to the ambitious officer.

When Felix answered the summons from his superior he never expected to face Sally Ford, the woman who’d believed a lie and labeled him a fortune hunter before calling off their engagement six years ago. In his determination to clear the air about the past, pride clashes with the truth as every argument and stolen moment reignites a passion that has never waned. Giving in could destroy everything they’ve both worked so hard to achieve, or will fate offer them a chance to begin again if only they can forgive? 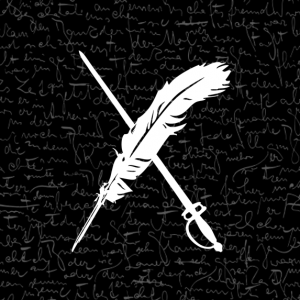 Thanks for visiting and commenting on my post. I hope you’ll check out some of the other authors of Weekend Writing Warriors this weekend. Click on the logo to see a list of authors & genres.